It is very well-known to virtually all Telco executives and seniors that CSPs’ profitability is continuously declining. There are two solidly known reasons behind:

OPEX and CAPEX in Network Operations are killing EBIT margins by ever increasing network complexity considering newly arrived 5G technology on top of existing 2G / 3G / 4G technologies [1] [2]. This is one of the main reasons why 5G investments are not as fast as previous technologies. Thus, Investors has to be convinced first that the Return on Capital Employed (ROCE) shall be better this time compared to previous years.

In order to address the first issue, CSPs are pushing hard to generate new business models and revenue streams to achieve an uplift on their revenues. It will also help them particularly justify the investment on 5G by focusing on various B2X use cases facilitated on 5G’s killer services such as eMBB + uRLLC + mMTC and also to defeat the threat of being commoditized by OTTs [3].

The second issue is tackled by having rigorous CAPEX savings via applying asset-light business models and virtualized, cloudified, lean and agile network transitions. OPEX savings on the other hand is a combination of several cost saving activities such as automation, shared service centers, infrastructure sharing, intelligent & predictive network maintenance, etc. There is no one single area where OPEX issue can be completely solved by focusing there in Telco, but it makes sense to focus on operational costs occurring in Network & IT Operations as the biggest percentage of revenues are being burned in this area [4].

In this article we will talk how digitalization can help CSPs cut their OPEX in Telco Network & IT Operations. But let us put some terms into place first. What are digitization, digitalization, and digital transformation terms in business content? How visible are they in Telco Industry?

Digitization is a process of converting non-digital (physical) things into digital representatives. One example can be scanning a paper and having a digital representative of it as a PDF formed document in our computers. This is quite highly visible in telecom business as a lot of activities are running in digital environment and databases capturing a lot of information in digital forms related to both back- and frontend operations of CSPs’ daily business.

Digitalization in business means turning siloed operations, workflows, and business processes running with human interactions into more inclusive and digital ones that are enabling the power of digital data thanks to digitization [5]. It basically aims to transform and improve business operations and processes by employing the digital technologies. Thus, more informed decisions and more transparent / actionable insights can be achieved. This also helps defining the areas that hold huge OPEX saving potentials by various actions (outsourcing, automation, process intelligence, etc.). This is barely visible in Telecom Network Management. One can see in the new base station deployment process within network operations that how different departments are disconnected from each other and incentivized with different goals which at the end creates scattered and siloed operations due to lack of digitalization in business. Though better examples can be seen for companies who take digitalization as a way forward. [6]. In fact, Telecommunications Industry is one of the unique examples delivering digital services via non-digital business processes.

Digitalization as a Prerequisite of Digital Transformation

Benefit of digitalization is clear to everyone, but why don’t CSPs digitalize their Network & IT processes to achieve OPEX savings then? What are the key challenges that hampers their digitalization? One of the foremost reasons is that telco operators are focusing on low-hanging-fruits promoted by emerging digital technologies sake of digitalization or digital transformation such as Robotic Process Automation (RPA) without setting a clear digitalization strategy. Not every low-hanging-fruit is a low-hanging-fruit indeed, and there are many long-term disadvantages of quickly embracing emerging digitalization trends before having genuine digitalization of business processes in place. There is no doubt that if we automate an ineffective or redundant process with RPA, then we will get an automated ineffective or redundant process. At the end, there is more cost instead of cost reduction. Nevertheless, having digitalization on that process and being fully informed about its efficiency, effectivity, and productivity (thanks to data that can be easily obtained from digital processes) would allow us to swiftly catch high ROI automation opportunities. You can read the article [8] in which we elaborated more on that topic.

Another reason is that they put too much emphasis on a particular technology instead of creating a harmony among different technologies to reach the ultimate goal. Digital technologies often require some ground work to be done by other technologies (there is no all-in-one technology or solution unfortunately) and they often complete each other rather than competing. For instance, if Artificial Intelligence (AI) is intended to be used for predictive network maintenance, we need to have adequate amount of high-quality alarm, performance, customer complaint, exception logs, etc. data to train that AI and enable it to make reliable decisions. If there is no digitization in place to deliver required data for AI training / decision making and no digitalization of network maintenance process to let AI be integrated with an E2E process and play a role as digital workforce in it, then we cannot fully benefit from AI and realize our ultimate goal of cost saving predictive network maintenance.

The fundamental root cause of two issues explained above and some other issues not explained here is the lack of genuine E2E digitalization in Telco’s daily Network & IT Operations. Thus, digitalization is undoubtedly the crucial starting point in Telco to possess the data from their scattered processes (Network & IT Operations) and unleash the potential of data towards tremendous OPEX savings as well as customer value creation.

We will explain it with an example from Telco’s one of the most significant Network Operations: called Site Deployment & Change Management (SDCM) process. There are many departments (Procurement, Investment, Site Acquisition, Test Centers, Radio Network Planning, Transmission Planning, Operation & Maintenance Center, Network Operation Center, OSS Administration, etc.) and organizations (Vendors, Field Test Teams, Facility Service Providers, Municipalities, Regulators, etc.) involved into this process. It is one of the most complicated, repetitive, and involved operation in CSPs considering number of departments / organizations involved and the number of base stations each CSP operates. We do not go into technical details of SDCM, but the key highlight here is the sluggish and siloed working mode of this process. If we think CSPs as service providers delivering communication services to their B2C customers, SDCM is actually a process covered in both Order to Cash (O2C) in the frontend and Procure to Pay (P2P) in the backend as very important central operation. In contrast to many other industries, O2C and P2P processes of CSPs are not fully digitalized, because SDCM in the center is very scattered and not digitalized. It actually breaks the linkage between backend and frontend activities. Thus, CSPs are missing huge cost saving and value creation opportunities here.

However, remarkable cost savings can be realized, if a CSP can fully digitalize its SDCM process. For instance, a strong link between frontend (O2C) and backend (P2P) activities can be achieved to create highly cost-effective and better value towards customers. This can also indirectly address the CSPs organic growth issues by bringing market insights and dynamics back to operational teams. Digitalization of SDCM process can break the silos among different departments involved into process, by which, lean and agile operations can be achieved. Furthermore, once the SDCM process is digitalized and all the process related information is properly logged in systems as digital footprints, process owners can then obtain full transparency about E2E as-is process (in comparison to desired ones) and focus on improving the process productivity by employing Process Mining technology. We recommend you to read Pain Points in Business Processes [9] and Five Questions Answered by Process Mining [10], if you want to learn more about Process Mining.

Takeaway-1: Challenging times are at the door for CSPs

CSPs should expect more and more challenging times in near future due to flattened B2C revenues, increased network complexity & operational costs, and threat of being commoditized by OTTs. Apart from new business case explorations by the emergence of 5G that promises CSPs to generate new B2X revenue streams, CSPs should also focus on serious cost reductions especially in the OPEX of Network & IT Operations by putting digitalization in the center.

Takeaway-2: Digitalization is the Key for Survival

There are many emerging technologies that are offering quick-wins in terms of OPEX saving in the Network & IT Operations such as RPA, Process Mining, and AI. However, digitalization of processes in a lean and flexible way is the first and most important step to be taken by CSPs. It is because, those technologies will not be able to deliver healthy and long lasting OPEX saving opportunities without strong data with E2E visibility about running processes in the hand.

Contact us to get a personal guidance on how to enhance your digital transformation through our BPM delivery enriched with Process Mining and RPA solution.

[4] Harnessing Digital to Cut Costs in the Communications Industry

[6] Digital Operations for the Digital Business 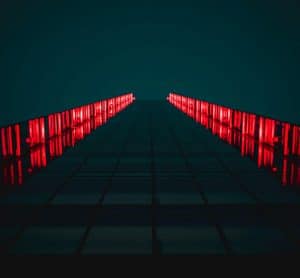 A Survey about Campus (Private) Networks that needs your contribution!

A survey about 4G / 5G campus (private) networks from Opticoms. 20 lucky participants will have a chance to get a 2 hours free-of-charge workshop on campus networks, tailor-made to your needs as a thank you for the participation! 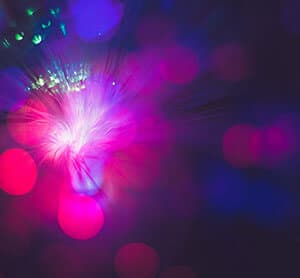 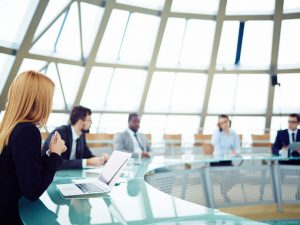 Delivering industry specific news regularly, straight to your inbox.
Discover how processes can continuously improve productivity for your business.

Can't find what you're looking for?

Delivering industry specific news regularly, straight to your inbox.
Discover how our solutions can get your business moving for the new digital world.